Inside the DS-E1’s alloy body a miniature LED is positioned between the stylus tip and cantilever fulcrum, its light output modulated by an extremely fine optical plate, just 100μm thick, fixed to the rear of the cantilever. This shines on a photocell which generates an electrical current, directly mirroring the passage of the stylus through the analogue groove.

Traditional MM/MCs are velocitysensitive devices whose voltage output increases with groove excursion and increasing signal frequency. By contrast, DS Audio’s photo-electric conversion is sensitive only to the amplitude of the movement of the stylus. Nevertheless, while this system has the potential to offer a lower moving mass – stylus/ cantilever/optical plate – than the stylus/cantilever/magnet or coils of a MM/MC design, it still requires a proprietary phono stage [inset picture] to power-up the LED and correctly compensate for the LP’s RIAA replay characteristic.

The DS Audio DS-E1, like its far dearer siblings, requires a dedicated energiser that also provides RIAA equalisation [see PM’s boxout, p55]. All models have corresponding energiser boxes, but these are interchangeable. Where DS Audio’s models differ is in cantilever and stylus type, as well as body and illumination colours for easy identification.

The DS-E1’s prowmounted lamp glows green and its body is a semi-matt silver. This commonality is a boon when swapping from one model to the next (for retailers or reviewers!) because the 8.1g weight, overhang, VTA and tracking force of 1.7g are identical for every model. Thus, what you are paying for are differing body materials, better cantilevers/styli and superior energisers 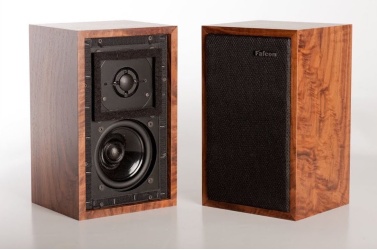 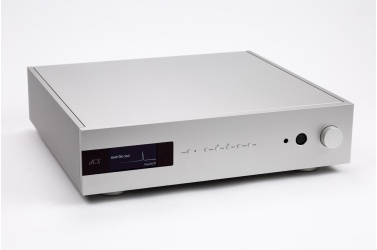 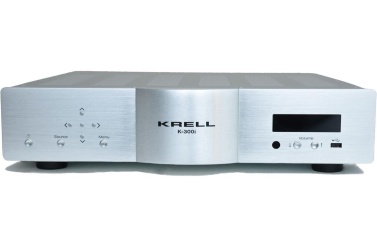 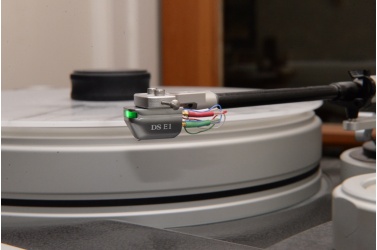